A Conversation with Albert Woodfox, the author of “Solitary”

Initiative on Literature and Racial Justice: A public conversation with Albert Woodfox, the author of Solitary 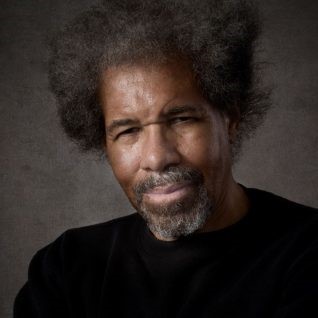 At 6:00 p.m. on Thursday, October 1, there will be a public conversation via Zoom with Albert Woodfox, the author of Solitary. Woodfox’s account of the forty years he spent in prison, mostly in solitary confinement, was a finalist for both the Pulitzer Prize and National Book Award. This will be the Fall 2020 event in the Francis Conversations with Writers series, in collaboration with Yale English Department’s Initiative on Literature and Racial Justice and the Yale Prison Education Initiative.

Solitary is the unforgettable life story of a man who served more than four decades in solitary confinement—in a 6-foot by 9-foot cell, 23 hours a day, in notorious Angola prison in Louisiana—all for a crime he did not commit. That Albert Woodfox survived was, in itself, a feat of extraordinary endurance against the violence and deprivation he faced daily. That he was able to emerge whole from his odyssey within America’s prison and judicial systems is a triumph of the human spirit, and makes his book a clarion call to reform the inhumanity of solitary confinement in the U.S. and around the world.

Arrested often as a teenager in New Orleans, inspired behind bars in his early twenties to join the Black Panther Party because of its social commitment and code of living, Albert was serving a 50-year sentence in Angola for armed robbery when on April 17, 1972, a white guard was killed. Albert and another member of the Panthers were accused of the crime and immediately put in solitary confinement by the warden. Without a shred of actual evidence against them, their trial was a sham of justice that gave them life sentences in solitary. Decades passed before Albert gained a lawyer of consequence; even so, sixteen more years and multiple appeals were needed before he was finally released in February 2016.

Remarkably self-aware that anger or bitterness would have destroyed him in solitary confinement, sustained by the shared solidarity of two fellow Panthers, Albert turned his anger into activism and resistance. The Angola 3, as they became known, resolved never to be broken by the grinding inhumanity and corruption that effectively held them for decades as political prisoners. He survived to give us Solitary, a chronicle of rare power and humanity that proves the better spirits of our nature can thrive against any odds.

Albert Woodfox was born in 1947 in New Orleans. A committed activist in prison, he remains so today, speaking to a wide array of audiences, including the Innocence Project, Harvard, Yale, and other universities, the National Lawyers Guild, as well as at Amnesty International events in London, Paris, Denmark, Sweden, and Belgium. He lives in New Orleans.