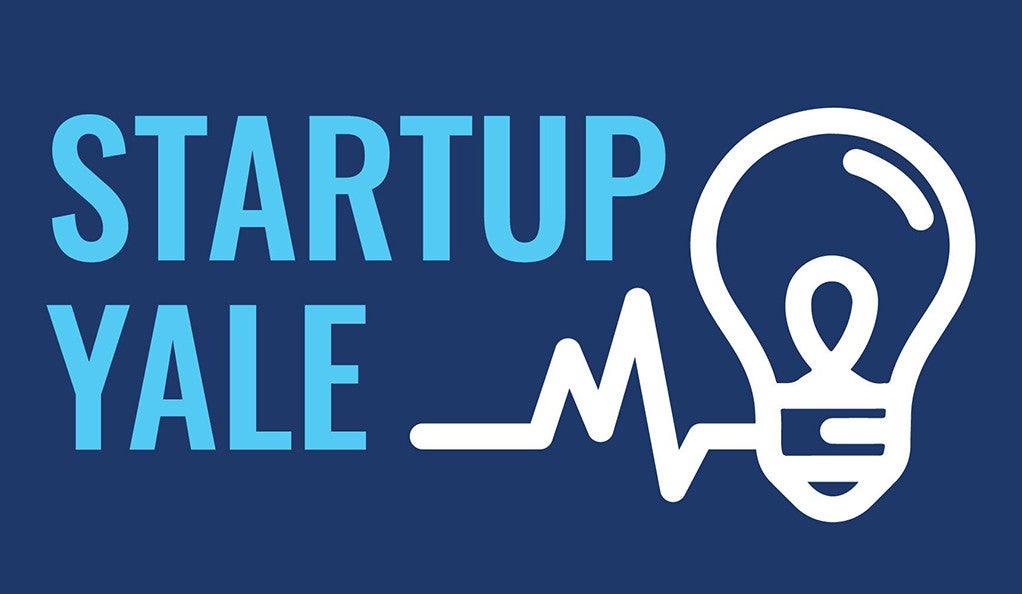 Startup Yale, which began as a combined effort among a number of campus organizations to raise awareness of entrepreneurship has grown into something much larger. The now week-long series — happening April 16-20 at Yale School of Management and other spots on campus —has moved from merely highlighting the final student pitches from Yale’s top startup prizes into a celebration of the diverse and impact-driven ventures that have come to embody the Yale approach to entrepreneurship.

The event series includes leading alumni in the social venture space discussing their journeys, a panel of women addressing their role in launching mission-driven startups and nonprofits, a fireside chat on black excellence in the entrepreneurship space, and a food entrepreneurship expo. There will still be plenty of pitches, of course, for one of five $25,000 prizes, including the Sabin Prize, Thorne Prize, Aetna Prize, Miller Prize and Rothberg Catalyzer Prize, in addition to pitch-offs from students who participated in Dwight Hall’s Social Innovation Lab and the Accelerator at the Tsai Center for Innovative Thinking at Yale (Tsai CITY).  But In its expanded scope and focus, Startup Yale now aims to offer a fuller picture of what makes entrepreneurship at Yale unique.

“We see diversity as a key  for innovation,” says Cassandra Walker Harvey, program director for social entrepreneurship at the Tsai CITY and CBEY, two of the event’s main organizers. “Startup Yale is meant to reflect the broad range of women and minority founders changing the entrepreneurship landscape and making a difference, and to encourage more students of all backgrounds to put their ideas into action.” 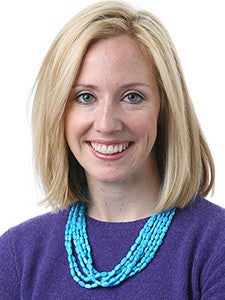 Louise Story (’03 B.A., ’06 M.B.A.), a New York Times journalist, will be interviewing Sheila Lirio Marcelo, founder, chair, and CEO of Care.com, as part of a WE@Yale Summit highlighting women founders. “Our society for some reason has glamorized the male founder,” Story says. “It’s time to elevate broader stories.” She points to Marcelo as a prime example of a woman founder who deserves greater recognition. “Sheila looked to her own life to find a market need — for care services — and then didn’t let any barriers stop her from creating something that has benefitted many,” Story says. 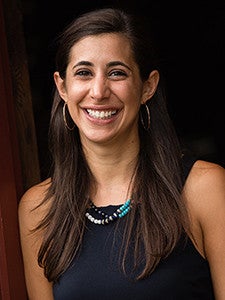 One of these alumni, Lauren Fine (’06 B.A.), a former Echoing Green Fellow, joined Dwight Hall as an undergraduate where she first became involved with prison advocacy work. “I began to understand how all the aspects of someone’s life intertwined, and I took advantage of the fact that Yale was in New Haven and really integrated with the city,” she said. What began as an inclination for wanting to improve the prison system led her to policy work in Washington, D.C., a law degree from Duke University, and finally to her role as cofounder and codirector of the Philadelphia-based Youth Sentencing & Reentry Project, thanks to the support of fellowship. Over 25% of juveniles sentenced to life in prison are in the state of Pennsylvania, which has some of the harshest laws around trying and incarcerating children as adults. Fine blames the twin drivers of racism and poverty.

“We work with the kids’ court-appointed attorneys to get them out of the adult system via mitigation,” says Fine. “We pull together a narrative of their experiences that are more nuanced in partnership with the child and their family, and connect them with resources when they return home.” She describes the case of one young woman who suffered abuse and neglect through years in the foster system, who ended up on the streets addicted to drugs and alcohol. At the age of 17, the girl was present during a shooting and landed in adult jail. She was pregnant. Thanks to the intervention of Fine’s organization, she transferred to a counseling program and is on track to graduate from high school while maintaining a job and raising her child. The judge has offered her two years off her probation for every two years of education. “It demonstrates that it was right for the system to give her a chance,” Fine says. “That she is more than that one act.” 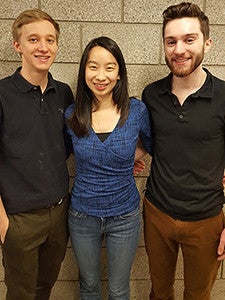 Last year’s Startup Yale had an outcome that was a clear indication of the shape entrepreneurship is taking at Yale. The winning pitches for all the major Yale prizes came from female-led teams. One of those startups, Arix Technologies, is developing a pipe-crawling robot for inspecting oil and gas refineries, using technology developed by undergraduates at the Yale Center for Engineering Innovation and Design. Founder Dianna Liu (’18 M.B.A.) will be taking the company to Houston, Texas full-time after graduating this spring. “Without the Miller Prize [awarded by Tsai CITY to a team with the best tech or tech-enabled startup], we wouldn’t have made it to this stage,” Liu says. “That money carried us to a working lab prototype which we could show to investors and potential customers.” 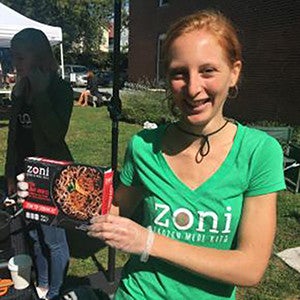 Zoe Lloyd ’17 M.B.A., cofounder of Zoni Foods, has brought her frozen, plant-based meal kits through several iterations and was a finalist in both the Thorne Prize for Social Innovation in Health or Education in 2016, and for the Sabin Sustainable Venture Prize in 2017. (Photo courtesy Zoe Lloyd)

Zoe Lloyd (’17 M.B.A.), cofounder of Zoni Foods, has brought her frozen, plant-based meal kits through several iterations and was a finalist in both the Thorne Prize for Social Innovation in Health or Education (awarded by InnovateHealth Yale) in 2016, and for the Sabin Sustainable Venture Prize (awarded by CBEY) in 2017, taking home the audience prize. The meals –  which feature unique options like coconut curry noodles  –  are now available at 16 specialty stores including New Haven’s Edge of the Woods and Elm City Market.

“I have a ton to learn still,” says Lloyd, “but it’s great to feel like you can be part of a larger Yale community and help give back.” She says she’s encouraged by what she sees as Yale’s focus on a more inclusive version of entrepreneurship. “I’m excited that Yale is continuing to invest in entrepreneurship – particularly in women and diversity initiatives,” Lloyd says. “The more I do, the more I see that there aren’t enough female and minority entrepreneurs.”