On My Four Years at Dwight Hall

Spring is approaching and I’ve just finished my official duties as senior co-coordinator at Dwight Hall. Like most seniors, I’m constantly caught between feeling apprehensive for the future and nostalgic for the last years. But as I’m thinking about graduation, I’m happy and relieved to know that I’ve been a part of an inspiring community at Dwight Hall which defined much of my time at Yale. And although, because of the pandemic, many students at Yale haven’t experienced Dwight Hall and New Haven, the next few years will be plenty of time to get to know the beautiful partnership like I have. 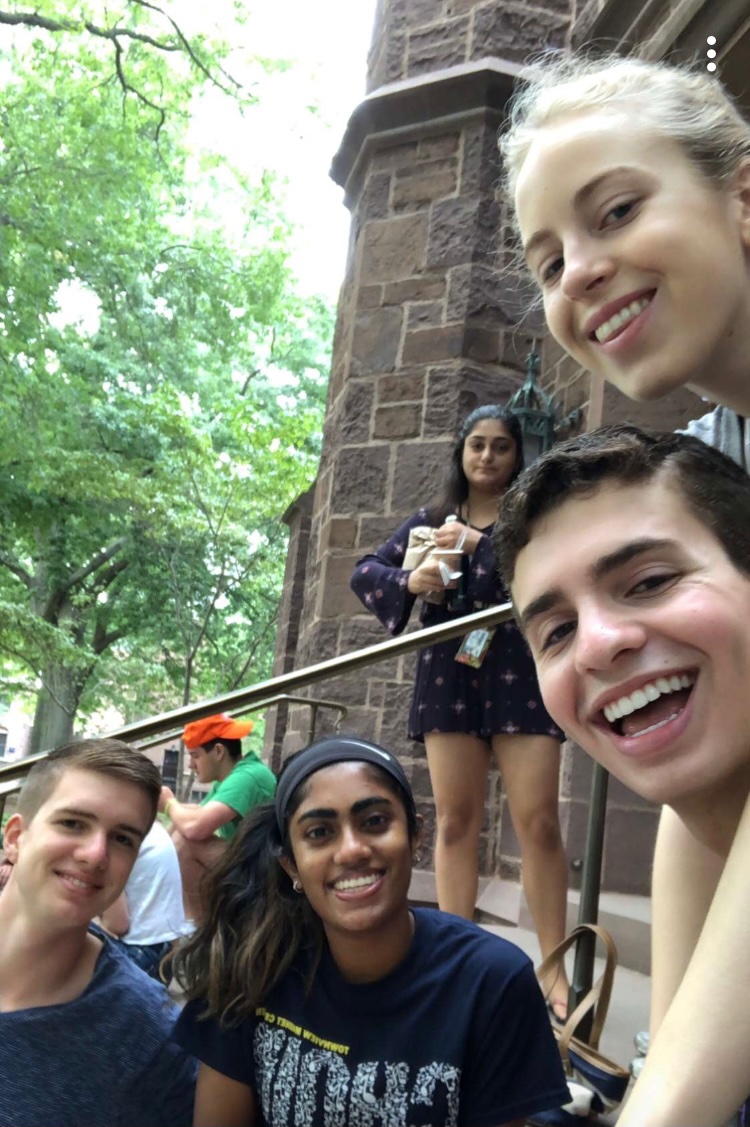 I chose FOCUS, Dwight Hall’s pre-orientation program, as an incoming first-year primarily by process of elimination. Spending days backpacking in the mountains seemed horrifying and working on a farm seemed far outside my expertise. I did, however, like the idea of volunteering and it seemed like it would keep me just busy enough to distract me from pre-frosh jitters. Little did I know that FOCUS was only the beginning to four years of working with community partners in New Haven, exploring New Haven, and being involved in service on the Yale campus. For my FOCUS service week, I was paired with LEAP, a local non-profit that focused on mentorship and enrichment programs. I spent most of my time with my team carrying boxes of books and sweeping large rooms in preparation for the academic year. Even though I had expected to work directly with kids in some capacity, I quickly learned that service was most meaningful when we could do the work community partners needed, as opposed to what would be the most fun for us. And amid tending to the community garden, avoiding bees and thorns, and sorting student reports and feedback in the offices, I appreciated the opportunity to see and engage with New Haven before becoming entrenched in student commitments and Yale’s campus. I became close friends with the other people in my group, some of whom I would see frequently afterward and a few whom I never saw again. FOCUS was my first experience of learning about equitable service. We had our meals on the stone floor of Dwight Hall’s ancient chapel and questioned the historical structure and power dynamics of service while crammed on the couches of the library surrounded by black-and-white photos from years before. After only one week, I knew that I wanted to spend more time in the Dwight Hall building, centering New Haven and service in my student experience. 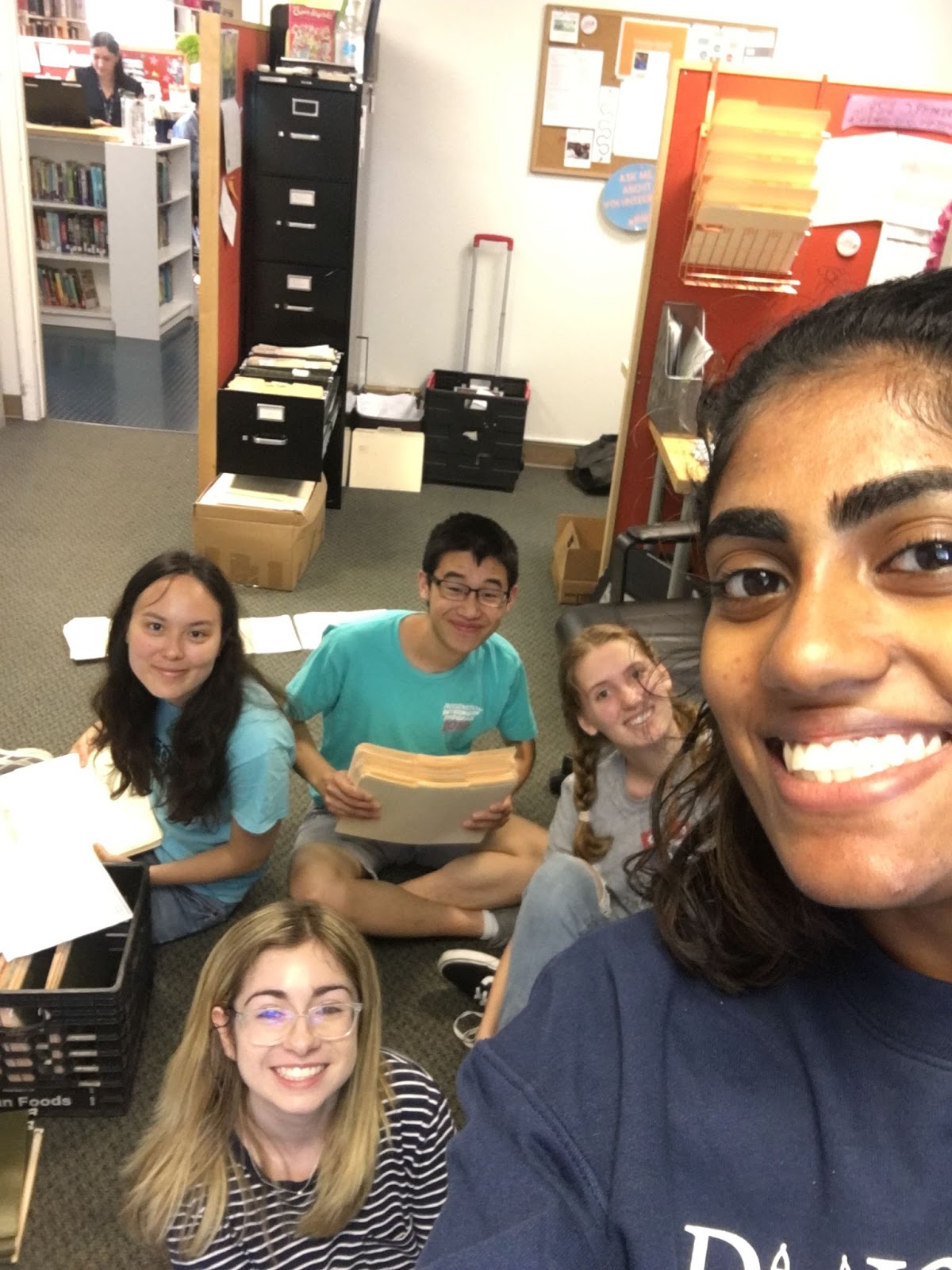 Sophomore year, I joined Dwight Hall’s Student Executive Committee as a Social Justice Coordinator. I worked with student service groups involved in social justice and advocacy, from YHHAP to MeCHA, and attempted to build relationships with them through Dwight Hall. One of my other responsibilities on ExComm was to host the fall Day of Service for first-years. I had remembered participating in this event my very first semester, meeting new students who were interested enough in New Haven to wake up at 9 am on a Saturday and spend hours picking up trash along the route to Hamden. This year, I met a bunch of chipper first-years in front of the Hall, holding packed lunches and wearing lanyards that only new students wore. We made our way to New Haven Reads, an educational non-profit for kids, and I attempted the trademark tour guide method of walking backward and talking about the beautiful city around us. And then for three hours, we all sat on the floor of a dusty office room filing papers. We swapped stories about FOCUS and frocos, crowded lectures and crusty dorm rooms. It was fun to impart some of my newfound knowledge about service and New Haven to students who were so willing to leave the Yale bubble and explore. Walking back to campus, next to the bustling Scantlebury Park, I realized that the Day of Service had become one of my favorite parts of Dwight Hall. It was an opportunity to share a few hours with partner organizations and meet like-minded students from across campus. And it was probably the event I missed the most once the pandemic started. 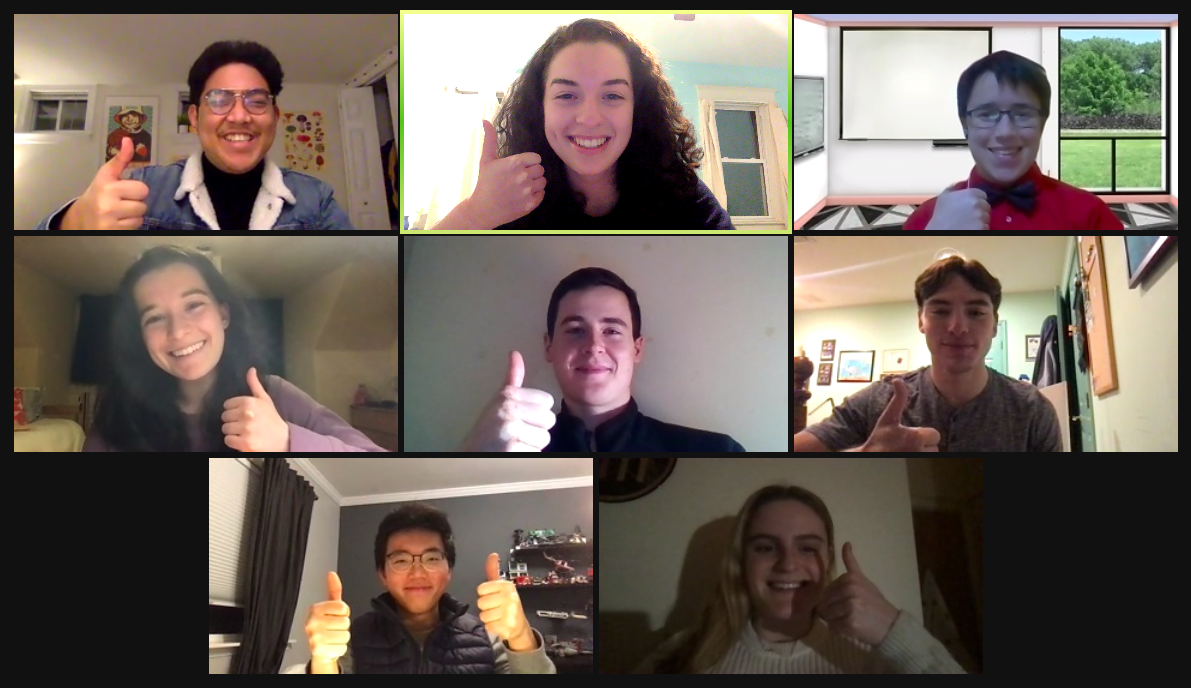 At the beginning of my junior year in Spring 2020, we were deep in the trenches of ‘unprecedented times’. I was at home, working from my bed and only going outside in Dallas’s sweltering heat to walk my dog. I was now ExComm’s junior Co-Coordinator, trying to  react to the pandemic after only a few weeks in-person with a brand-new team. We’d lost our ability to continue our regular programming—providing funding for in-person service activities, hosting service bazaars, organizing day of services—and had to pivot. Working away from the Hall’s library and second-floor rooms covered in whiteboards was strange. It felt difficult to connect with New Haven outside of the physical space. But, as I now realize looking back, the pandemic led to some of ExComm’s most important projects. Having extra funding and a little bit more time because we didn’t have to walk to classes up Science Hill allowed us to adapt quickly to our community’s needs. The Homework Helpline was one such project. Claudia Merson, a Dwight Hall staff member and New Haven Public School liaison, told ExComm how, because of remote learning, New Haven Public Schools (NHPS) had lost their usual drop-in tutoring structure that supported  kids after school. The ExComm Senior co-coordinator and I sat in Zoom meeting after Zoom meeting with Dwight Hall staff, NHPS administrators, and ExComm officers to plan a stable and sustainable program. We interviewed Yale students to coordinate the program, then planned recruitment and strategies for volunteers. The hotline is still running and has amassed a stable group of kids that hop on the platform for homework help on weekdays. The project is a testament to ExComm’s resilience and its unwavering commitment to our community.

I’m thankful that at least for part of my senior year, I was able to sit in the Dwight Hall library again and conduct in-person meetings with a second ExComm team. Almost back to normal, we planned outdoor service bazaars and informational trainings for member groups, and probably the most important event of all, Cabinet. Cabinet is the semesterly gathering of student representatives from all member groups, institutional programs, and ExComm coordinators. While the meeting is normally held in Dwight Hall’s common room, COVID forced us to hold it in the looming chapel. One of the oldest sites on campus, the Chapel felt important to sit in, under the aging wooden beams and gleaming organ pipes. I had always enjoyed Cabinet because it was an opportunity to see so many student leaders on campus meet each other for the first time and talk about the challenges and successes of leading service and advocacy organizations. And being able to meet in the dim, echoey room emphasized the collective power and knowledge we had accrued over decades. It was, however, a bittersweet evening for me because it marked my last formal day as Co-Coordinator. Voting for new ExComm positions happened that night and I watched a new Co-Coordinator take my spot and assume the leadership of one of Yale’s oldest student organizations. But I was happy to usher in a new team of leaders that would continue to uphold Dwight Hall’s mission. It felt like the right time, as we were slowly returning to a new normal. 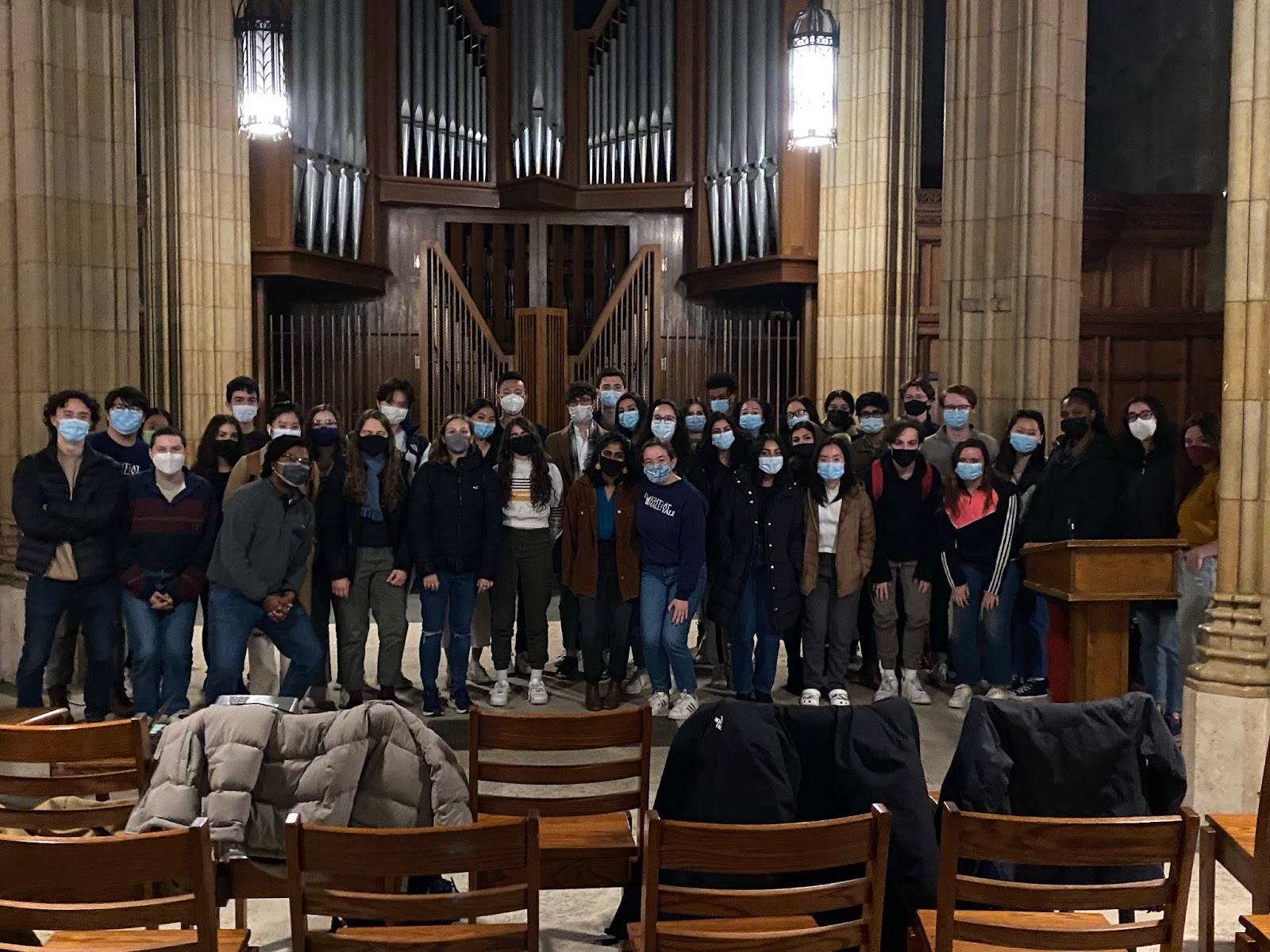 Each of these memories represents a very significant but different part of my four years at Dwight Hall. It spans the relaxed direct service days of my first year to the frantic organizing at the beginning of the pandemic to a senior year full of transitions. ExComm, as the vehicle to my experiences, has been a formative group that has taught me about leadership through partnership, organizing, and service behind the scenes. I’m very lucky, and grateful, that choosing FOCUS as a pre-orientation program on a whim led me to a very fruitful and fulfilling four years at Yale.